Samuel Christopher Lancaster was born in 1865, in Magnolia, Mississippi; he died in 1941. Sam Lancaster worked closely with Sam Hill to build asphalt paved roads in Washington state in the early 1900s. Most famously, Lancaster was the primary engineer on the Columbia River Highway.

Sam Lancaster, the eldest of five, moved with his parents to Jackson, Tennessee as a small boy. His parents’ money was lost in the panic of 1873, and Sam took on a great deal of responsibility. He finished one year of college, and continued to learn from the chief engineer of the southern lines of the Illinois Central Railroad. Lancaster worked as a railroad construction engineer until 1886, when he became ill with “infantile paralysis” and was unable to walk for eighteen months. He designed a frame that was built, in which he worked to stand upright and eventually to walk again. He continued to walk on crutches for three years, during which he developed macadam roads in Jackson.

Lancaster was the city engineer for Jackson from 1889 to 1906. His hard surfaced roads brought him to the attention of the U.S. Secretary of Agriculture, who appointed Sam the consultant for the Bureau of Public Roads in 1904. He had a speaking tour and an article in the ‘’’Yearbook of Agriculture, 1904,’’’ which made him a nationally known Good Roads celebrity, and his travels to the west brought him in contact with Sam Hill. 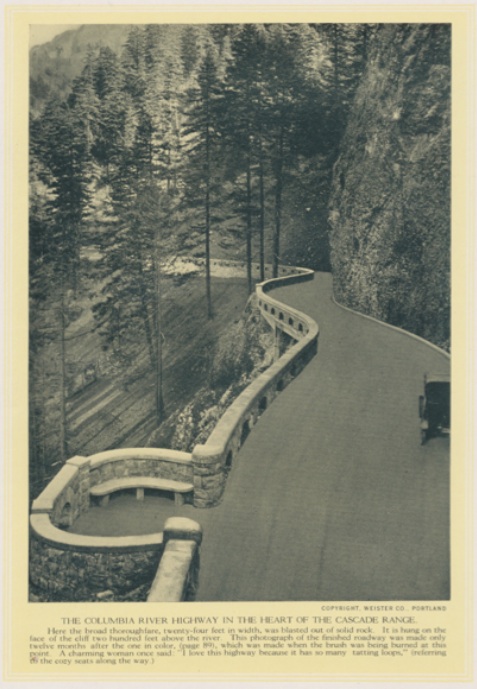 Sam Hill met Sam Lancaster in Los Angeles County in 1906, where Lancaster was temporarily working as a federal consultant. Hill persuaded Lancaster to move permanently across the country to stay in Washington and work on road projects there. Most notably, Hill needed Lancaster to design a $7,000,000 roadway and parks system before the Alaska-Yukon-Pacific Exposition of 1909.

Sam Hill and Sam Lancaster addressed highway committee hearings for the Washington state legislature in 1907, requesting laws for highway improvements that would give Washington “the best road laws of any state in the Union.” All of the laws they requested were passed.

Together, Hill and Lancaster went to the first International Road Congress in Paris. Lancaster was greatly attracted to the Rhine region while studying road conditions throughout Continental Europe.

Hill persuaded the Board of Regents of the University of Washington to create a chair of highway engineering. Of course, Lancaster was to fill this position in 1908-1909; it was the first of its kind in the country.

In 1911, Hill invited Lancaster to Maryhill to create 7 types of experimental roads, 10 miles long, costing Sam Hill over $100,000. These roads were intended to demonstrate the best types of binders and aggregate to withstand wear and tear and variations in temperature.

Lancaster also designed a special horse drawn wagon for hot mix. It was six feet in diameter, had a six inch tread, and carried four cubic yards of asphalt. Sam Hill built two of these for his road projects.

In 1912, Hill, Lancaster, and others took a trip to plan the Columbia River Highway, where Lancaster was in charge of construction. The proposed route was between Portland and the Cascade Locks. The site was so treacherous in places that ropes were needed to get up and down the slopes along the future two lane road.

The highway was built, starting in October of 1913. No tree or fern was felled unnecessarily. Lancaster believed it was his duty to bring the natural beauty of the Gorge to the view of the average motorist, and he used reinforced concrete in seventeen beautiful arched bridges and viaducts. Many miles of masonry retaining walls were built to contain the steep slopes of the Columbia Gorge.

The Columbia Gorge portion of the highway was completed in the summer of 1915. It stretched over 48 miles. In August of that same year, the entire highway was ready for use. It was dedicated on June of 1916.

Lancaster went on to design a scenic highway on the north rim of the Grand Canyon. He also designed a park near Bonneville Dam.