Skip to content
Pavement Interactive > Pavement Articles > Are You and Your People Ready for RAP? 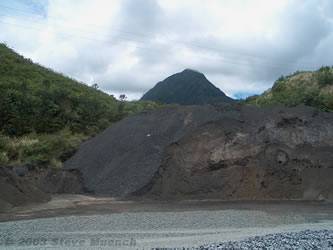 It’s the middle of the paving season and we’ve heard a lot of field-related questions from our customers and partners. In particular, many of you are working with reclaimed asphalt pavement (RAP) or being asked questions about it. In this issue we’ll focus on the basic facts and history of RAP and also highlight what potential problems can arise. With the right training and information, you and your people can be educated about RAP and the best practices for its successful use.

While RAP is an increasingly hot topic, it’s not a new topic. Many folks in the industry aren’t aware that RAP trials started in the 1970s, when the oil crisis was really challenging the HMA industry’s traditional materials sources. Over the past 30+ years, RAP processes have been tested, and the associated equipment has improved dramatically. Today, RAP has been incorporated throughout the industry, with every state in the U.S. allowing some level of RAP in pavement construction. Further information about state usage is available here.

While most approaches to RAP inclusion have been conservative, a growing body of experience and research is showing that higher levels of RAP can be successfully used in the field. For example, the latest issue of HMAT includes an excellent piece on the work that the New Jersey Department of Transportation is doing to test higher levels of RAP inclusion. You can find the article here.

The Benefits of RAP

Here at Pavia Systems, we’re encouraged by these developments, as usage of RAP represents an evolution in HMA mix design that presents some important benefits to the industry:

Importantly, RAP is easily incorporated in existing HMA production processes. Today, RAP can be processed by any plant that produces HMA. RAP mixes are no different from any other HMA from a paving perspective, so they can be paved according to standard procedures.

There are some key considerations that should be taken into account when using RAP. Appropriate training and education about these potential issues is necessary in order to ensure that your people are capable of constructing the highest quality pavements, every time:

As the industry continues to increase its use of RAP, it’s very important that we share the best practices, performance tests and advances in mix designs. To the extent that we can help you communicate with your people and educate them about RAP, please let us know, as we expect RAP usage to increase in the industry in the coming years.