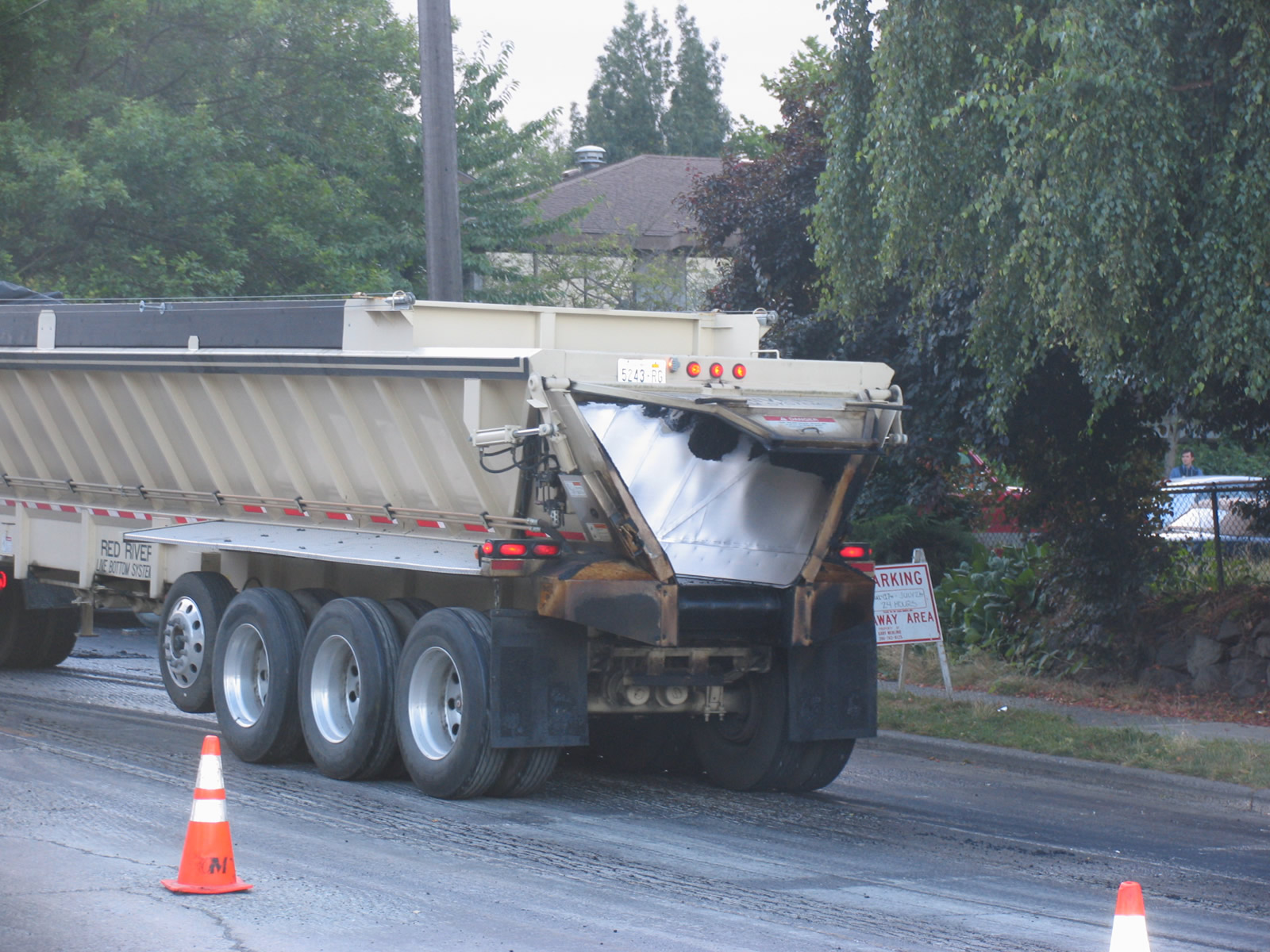 We’ve heard from our readers that you find the RoadReady Newsletters highlighting best practices beneficial, so this week, we’d like to talk a little about best practices for transporting asphalt pavement mixes from plant to job site.

There are several considerations when transporting asphalt pavement mixes that are essential to maintaining the desired characteristics as it travels from the production facility to the paving site. They are best placed into three categories: loading, transporting, and unloading.  Let’s take a closer look.

Before leaving the plant, there are several best practices that can ensure your mix arrives on site in proper condition:

Transporting to the paving site

Truck transport should be planned such that the mix transport rate (expressed in tons/hr) closely matches plant production rate and laydown rate. Traffic affects delivery rates because it affects truck speed, especially in congested urban areas, where heavy and/or unpredictable traffic may substantially increase, or at least vary, truck travel time. As truck travel time increases, more trucks are needed to provide a given delivery rate. As traffic gets worse, trucking costs increase. Additionally, the unpredictability of traffic may result in either long paver idle times while waiting for the next truckload of mix or large truck backups as several trucks all reach the paving site or production facility at the same time.

Unloading at the paving site

Asphalt mixes should be unloaded as soon as possible after arriving at the paving site in order to minimize mix cooling. Also, on jobs with more than one mix type the inspector and/or foreman should be certain the correct mix is loaded into the paver.

These are a few straightforward practices that can be done to prevent, or at least effectively manage the challenges transporting asphalt pavement mixes from plant to job site. When these are managed effectively, better quality roadways are paved, which improves project performance and decreases the life-cycle costs of our roadways.

If you would like to learn additional best practices and considerations when transporting asphalt mixes, check out our End Dump Truck Exchange course.