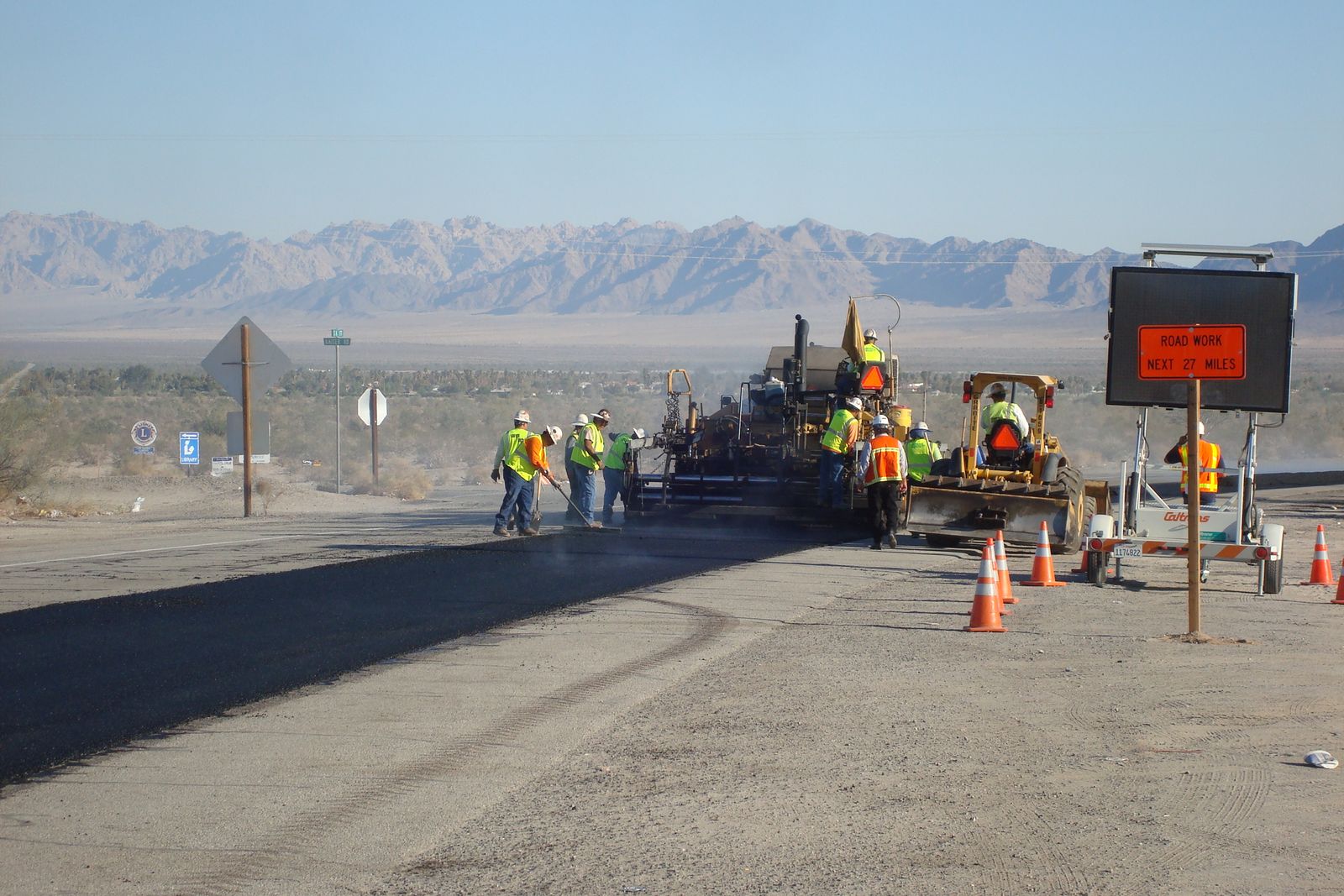 When Goldilocks tasted the three bears’ porridge, one was too hot, one was too cold, and the third was just right. When it comes to pavement preservation, we look for the solution that’s “just right” as well. Too big of a solution may be overkill and more expensive than necessary, and too little of a solution won’t actually get the job done. The best answer depends on the situation, of course, but sometimes what’s “just right” is something in between. In this edition of the RoadReady newsletter, we’ll examine thin asphalt overlays as one possible pavement preservation strategy.

A thin overlay involves placing a thin layer of asphalt mix over an existing pavement. The thickness of the overlay is typically from 12.5-37.5 mm (0.5-1.5 in.). Thin overlays are widely used as a technique for pavement preservation or rehabilitation. They are sometimes referred to as non-structural overlays, which indicates that the purpose of the overlay is simply to restore the pavement surface, not to add structural support.

Thin overlays can significantly extend the life of a pavement while maintaining its grade and slope (if elevation needs to be maintained as well, milling should be considered in conjunction with the overlay). They can be used on high-traffic roadways to restore a smooth, quiet pavement surface. Overlays can also improve pavement condition by addressing moderate forms of distress.

Among the distresses a thin overlay can address are longitudinal and transverse cracking, weathering and raveling, and some forms of rutting. Depending on the conditions, milling, crack sealing, or application of a tack coat may be advisable prior to placement of the overlay. More severe distresses, such as fatigue cracking, indicate the presence of structural problems in the existing pavement. A thin overlay will not resolve structural defects, so in these situations another rehabilitation strategy should be considered.

For a specific project, selecting a thin overlay over other rehabilitation alternatives should be based on issues such as pavement condition and traffic levels, which determine the overall life cycle costs of each option. Since they require less material than a structural overlay, the construction costs for thin overlays are lower, and they can be placed relatively quickly with minimal traffic disruption. Thin overlays are considered more expensive than lighter approaches such as seal treatments, but depending on the specific treatment type, a thin overlay can avoid concerns such as loose stones or binder runoff. Ultimately, the choice of a thin overlay or some other pavement preservation strategy is a matter of agency policy.

Thin overlays can be constructed using a variety of materials and designs. Warm mix asphalt and recycled materials such as reclaimed asphalt pavement (RAP) can be used to the same degree as with any asphalt mix. Since they are by definition surface layers, thin overlays often involve special-purpose designs such as stone matrix asphalt (to resist rutting) or open-graded friction courses (to reduce water splash/spray and tire noise). In general, thin overlays can be designed using the same structural and mix design principles as any asphalt pavement.

Aside from any characteristics desired on a specific project, the primary design consideration for thin overlays is aggregate gradation and size, particularly the maximum and nominal maximum size of aggregate particles. Using Superpave mix design principles, the lift thickness of the overlay should maintain a ratio between 3:1 and 5:1 relative to the nominal maximum aggregate size (NMAS). This ensures that the aggregate particles will be small enough to accommodate placement of a thinner pavement layer. RAP can be incorporated into thin overlays if it has been sized to meet the desired NMAS.

The characteristics of thin overlays create a few special considerations beyond those associated with conventional asphalt paving. Many of these are related to compaction and pavement density. In general, compaction of thin overlays must take additional issues into account and controlling density is more challenging even with proper compaction techniques.

In the limited depth of a thin overlay, aggregate particles have less space to shift around, so density is likely to be more variable across the mat. Pay incentives related to density should take this into account if they are used. Thin overlays can also be placed more quickly (because there is less material) and will cool more quickly to a cessation temperature (at which compaction no longer increases pavement density). These factors make it challenging for compaction to keep up with paving, meaning that roller patterns should be planned carefully and additional equipment may be needed. At the same time, vibratory rolling should only be used with care, because it can easily fracture the aggregate, and should be avoided in overlays less than 25 mm (1 in.) thick.

The impact of a thin overlay on the roadway is somewhere in the middle in terms of pavement preservation techniques. On the one hand, thin overlays are not just a surface treatment, they actually create a new pavement surface. On the other hand, a thin overlay is not quite an entirely renewed pavement, it’s simply a new layer added to the existing pavement structure. Factors such as pavement condition and traffic levels will help determine whether a thin overlay or another option is “just right” for pavement preservation. When the circumstances fit, a thin asphalt overlay can be the perfect choice to restore a pavement so it’s as good as new.