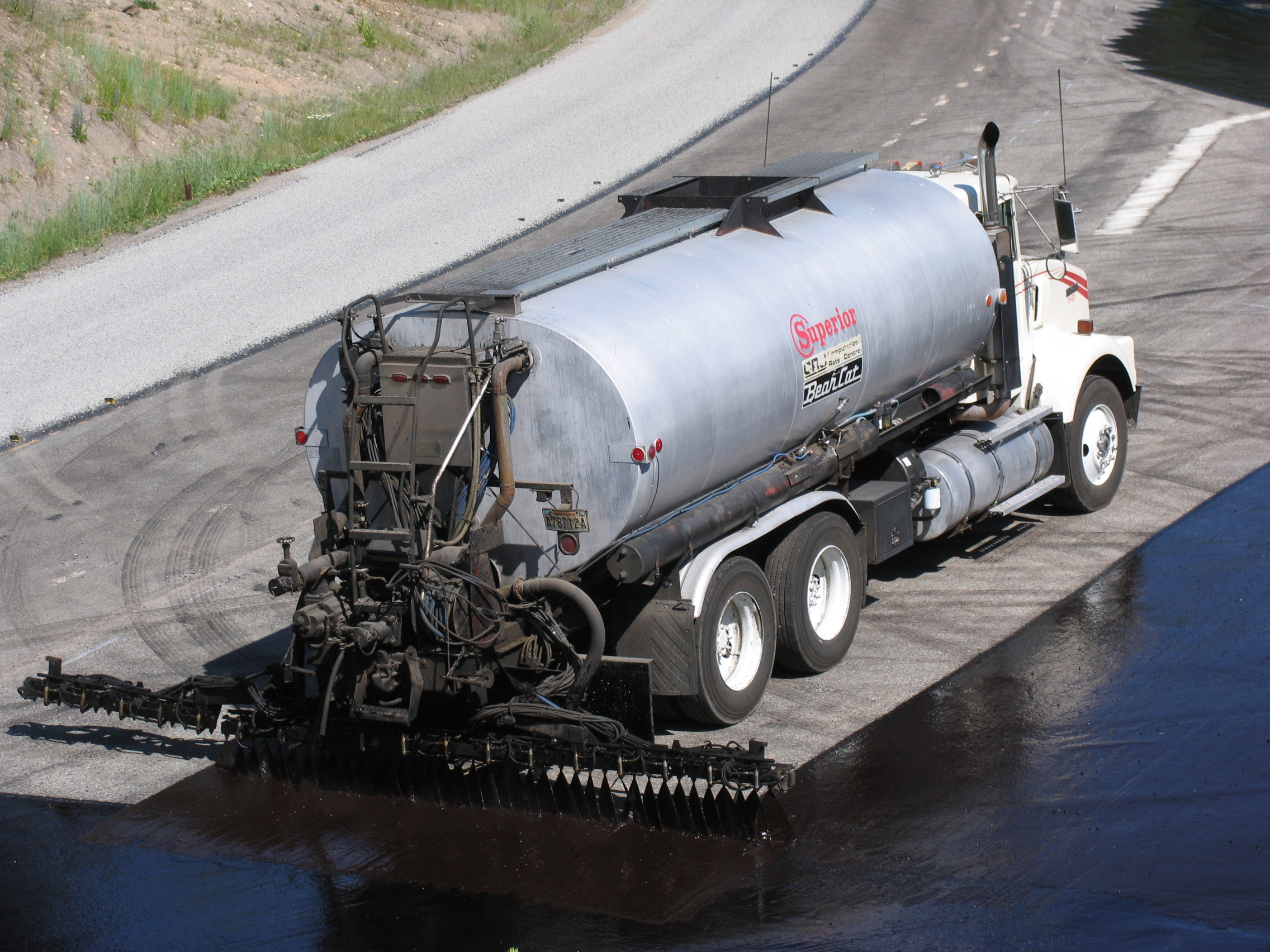 They say that oil and water don’t mix. Yet asphalt, a product derived from oil, is regularly mixed with water to create asphalt emulsions, which are used in a variety of paving applications. How does this work if the two substances do not mix naturally? In this edition of the RoadReady newsletter, we’ll discuss how asphalt emulsions are produced and look at some of their common applications.

What Is an Emulsion?

By definition, an emulsion involves a combination of two liquids that do not blend naturally into a single liquid. Instead, individual droplets of one liquid are dispersed throughout the other liquid. Some common substances that are emulsions include milk and mayonnaise.

To create an asphalt emulsion, the asphalt and water are blended by a colloid mill, which uses spinning discs to break the asphalt up into droplets so it can be dispersed into the water. Some water droplets may also end up inside the asphalt droplets, making this a “water-in-oil-in-water” or double emulsion. Typically an emulsifying agent or “soap” will be added to the emulsion, which helps the asphalt and water break apart and blend with each other. Polymers and chemical stabilizers may also be added depending on the desired properties of the emulsion.

In terms of the breakdown of ingredients, asphalt is normally the biggest component of an emulsion, anywhere from 40-70% of the total. Water typically makes up about 30-50% of the mixture. Other ingredients such as solvents, polymers, and other modifiers may constitute up to 10% of the emulsion.

Asphalt emulsions are used in a number of paving applications. Applied by itself, an emulsion can function as a tack coat between layers in a pavement structure or as a fog seal on the pavement surface. In conjunction with spreading aggregate material, an asphalt emulsion may be part of a chip seal or scrub seal. When aggregate and an emulsion are mixed together before application, they can be used for slurry seals or a microsurfacing treatment.

Emulsions do not require a change in materials, since the grades of asphalt binder that are used in standard asphalt mixes also work for asphalt emulsions. Emulsification is one of the approaches used in making warm mix asphalt, mixes that are produced at lower temperatures than conventional hot mix. When the emulsion is applied directly, rather than being combined with aggregate to create a mix, it allows asphalt to be used in liquid form even at normal air temperatures.

Because the two substances do not mix naturally, the asphalt and water in an emulsion will always have some inclination to separate. The individual asphalt droplets may have a tendency to coalesce with each other or to bond to other materials. In fact, many of the uses of asphalt emulsions in paving take advantage of this, as the water is allowed to evaporate while the asphalt reestablishes its bonds and attaches to aggregate particles in a pavement structure. For example, this is essentially what’s happening when a tack coat breaks and sets after it is applied.

At the same time, it is necessary to maintain the emulsion in a stable form until it can be used. If an asphalt emulsion may need to be stored for any length of time, it normally includes emulsifying and stabilizing chemicals that give the asphalt droplets an electrical charge. The charge may be either positive (cationic) or negative (anionic) as long as it is consistent throughout, which prevents the asphalt from recombining because droplets with the same electrical charge will tend to repel each other. Cationic asphalt emulsions are the most common type used in the paving industry.


A suffix of “h” or “s” at the end of the emulsion grade indicates that a hard or soft base asphalt was used. Some anionic emulsions are designated “HF” for “high float,” which indicates that chemicals were used to give the asphalt a thicker film. When applied to an aggregate surface, this helps more of the asphalt film stay in place on the aggregate particles without draining into the pavement structure.

Making Emulsions Work for You

Emulsions are another example of how versatile basic paving materials can be. By rearranging the ingredients and how they are mixed, it’s possible to achieve a variety of different purposes. With a better understanding of how they work, you can come up with the right kind of emulsion when the situation calls for it.

15 comments on “Sweet Emulsion – How Asphalt and Water Combine”