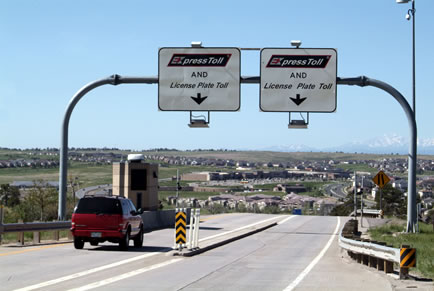 Roadway tolling is one of the oldest forms of financing for the streets we drive on. In the last half century, other sources have taken its place as the primary source of roadway revenue. However, as regulations governing tolling have changed and federal transportation funds have dwindled, the use of roadway tolling has re-emerged as a way to meet shortfalls. In this edition of the RoadReady newsletter, we’re going to look at the history of tolling, as well as new ways tolls are being implemented.

Use of tolls has been a prominent source of funding throughout history and across the world. As an example, let’s take a look at how toll funding has evolved in the United States. Initially, tolling in the U.S. was in the form of privately owned and constructed roadways that the public paid to use. Owners ranged from individuals to larger organized companies. In the early decades of the twentieth century, a sharp rise in automobile use prompted states to establish networks of publicly owned roads that relied on tolls for financing. This was the first major shift in tolling from the private to the public sector. In 1956, a source of federal funding for roadways was established for the first time with the creation of the gas tax. This coincided with the beginning of the construction of the interstate highway system as part of the Federal Aid Highways Act. States were not allowed to toll roads that were paid for with federal money, and for the first time, tolling was unseated as the primary source of roadway funding.

While federal roadway funding initially prohibited the use of tolls, this is no longer the case. Since the passing of the Intermodal Surface Transportation Efficiency Act of 1991 (ISTEA), states are allowed to use federal money on tolling projects, as long as they meet certain criteria. This has allowed tolling to re-emerge as a larger part of the funding picture for roadways. In 1995, only 4,657 miles of toll roads existed in the United States. Between the passing of ISTEA and 2009, 235 tolling projects, including new construction and improvements, have entered development. These represent an additional 4,511 miles of roadway. Toll revenues have increased from $3 billion in 1993 to $6.5 billion in 2004, or about 4.5% of total roadway spending.

One advancement in tolling techniques that has separated modern tolling from earlier attempts is that of congestion pricing. This essentially means that the price of the toll is variable and based on the amount of traffic on the roadway. In this way, the amount which drivers are charged is more closely related to their negative impacts on other drivers. In addition, it encourages drivers to find alternatives to driving on congested highways during peak hours, and ensures that those that do use the roadway are those with the highest need.

High occupancy tolling, or HOT, is a type of tolling that has grown increasingly popular. In a HOT system, lanes that are normally reserved for high occupancy vehicles (carpool lanes) can be used by single passenger vehicles by paying a toll. Usually, these systems also use congestion pricing to determine rates, based on the amount of traffic in the HOT lane or adjacent lanes. In general, a highway can support more HOT lanes than it could HOV lanes without causing congestion issues. This is also a good solution in areas where an existing HOV lane is underutilized, leaving the remaining lanes excessively congested. These lanes exhibit the benefits of a congestion pricing system while simultaneously promoting the use of transit and carpooling. The federal government has promoted the use of HOT lanes by allowing their use on a wide range of federally funded projects. Critics of HOT lanes have coined the term “Lexus lanes”, and assert that they impart an unfair advantage to wealthier drivers. Despite this, HOT lanes continue to increase in number throughout the country.

Throughout U.S. history, tolling has shifted from domination by private interests to a public affair. However, changes in federal law beginning with ISTEA have fostered a new kind of roadway project. Because toll roads generate revenue, private companies can pay for the construction of public roadways in exchange for the rights to collect tolls. The private company can assume a varying level of responsibility for the project, ranging from construction to operations and maintenance. This creates an additional source of capital for projects that may not have sufficient funding from government sources. In addition, this allows for additional innovation and efficiency from private entities. This practice is growing in acceptance and popularity. Since ISTEA, around 20% of new tolling projects have been public private partnerships. Public private partnerships have also had a history of success in Australia, both in transportation and a number of other sectors. 11 tolling projects have been undertaken since the 1980’s in Australia, amounting to about $12 billion total cost. Use of such partnerships has allowed acceleration of projects that would experience significant delays without outside investment, and a transfer of risk from public entities.

Highway tolling is growing significantly across our roadway network, and is becoming a larger part of the way we pay for roads. Technological advances are making the tolling more efficient, and pricing structures are becoming increasingly flexible to policy decisions. As more and more questions arise about the ability of state and federal funds to support our current highway network, tollways are becoming an increasingly attractive option on certain projects. As the portion of highway funding provided by tolling looks to increase in the coming years, the impacts of these shifts will certainly be something to keep an eye on.