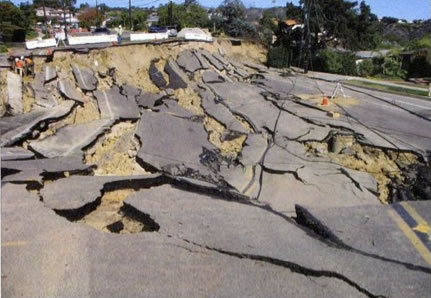 While the term preservation may conjure up images of an old mummy or a Twinkie with its rumored indefinite shelf life, roadway preservation looks at how best to preserve the usefulness of the roads, and therefore the dollars invested in roadway infrastructure.  In today’s lean economic climate, pavement preservation has an elevated level of focus, and in particular is getting an increased proportion of funding when compared to new construction projects.  Pavement preservation programs provide funding for various rehabilitation techniques to help prolong the usability of existing infrastructure.  In this edition of the RoadReady newsletter, we will focus on structural and non-structural methods for the rehabilitation of asphalt pavements.

The difference between reconstruction and rehabilitation

Structural overlays make the layers of asphalt pavement thicker, adding structural support to the pavement. In addition to structural benefits, there are performance increases associated with a structural overlay, such as additional smoothness, better aesthetics, and an extended service life.

Not for thin asphalt overlays!

Benefits of choosing a non-structural overlay include their long service life, extending the life of the pavement by about 7-8 years, and their low overall life-cycle cost.  Construct a non-structural overlay as you would any other hot mix asphalt, but consider milling beforehand, to roughen the surface of the existing pavement for better grip between the overlay and existing pavement. Patch minor cracks or potholes to prevent reflection cracking.

A non-structural asphalt overlay is a good choice for rehabilitation, because there are no loose stones or dust, as in a bituminous surface treatment (see the following section.) There is no curing time, as with Portland cement concrete. The absence of a cure cycle minimizes traffic delay. Non-structural overlays also restore skid resistance to aging pavement.Non-structural overlays can be a challenge, though, because of the short compaction window due to the quick cooling of thin asphalt overlays.Visit our blog to use a nifty web-based tool to calculate the time available for compaction for different job scenarios.

Bituminous surface treatments, also called chip seals, seal coats, or BSTs, are a thin protective wearing surface that is applied to a pavement or base course. BSTs can provide all of the following:

Historically, BSTs have been in use since the 1920s, primarily on low volume gravel roads. BSTs are increasingly in use as a preventative maintenance procedure on flexible pavements of good structure. Bituminous surface treatments are a widely adopted rehabilitation option.In Washington State, for example, structural and non-structural overlays currently account for 78% of all flexible pavement rehabilitation spending, while BSTs make up the remaining 22%. In the next budget cycle, this number will shift to be 70% overlays and 30% BSTs.

Repaving removes the top 1 to 2 inches of the existing HMA pavement, adds a rejuvenating agent to improve the recycled asphalt binder viscosity, places the recycled material as a leveling course using a primary screed, and simultaneously places a thin HMA overlay. Conventional equipment and procedures are used immediately behind the train to compact both layers of material.

Remixing is similar to repaving but adds new virgin aggregate or new HMA to the recycled material before it is leveled.

Cold in-place recycling is meant for moderate to low volume roadways in good structural condition, but with minor distress such as shallow potholes, weathering, and bleeding. First, the pavement is milled 2 to 4 inches, then the cold milled material is mixed with an emulsified recycling agent, spread and compacted, and finally the recycled surface is overlaid with a new layer of hot mix asphalt.

In financially challenging times, the name of the game goes from building shiny new roads to ensuring the roads we have continue to serve the public well.  Within pavement rehab, decision makers are utilizing rehab options like the ones we’ve discussed to add service life to our infrastructure while stretching the dollars in the budget.  In doing so, if our roads outlast our Twinkies, we know we’re on the right track.