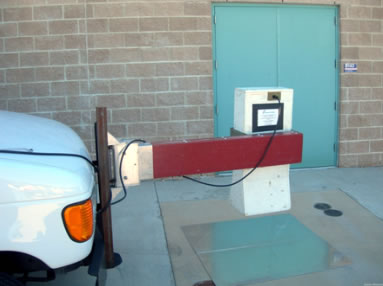 As our roadway networks age, the focus of transportation agencies has shifted from the construction of new roads towards preservation of existing pavements. Though technological advances give these agencies new tools to make our roads last longer, they still must decide where to invest their resources.  In this edition of the RoadReady newsletter, we’re going to look at how pavement management systems (PMS) help agencies make informed, data-driven decisions about their roadway networks.

What is a Pavement Management System?

A pavement management system describes a collection of tools and guidelines to direct the building and preservation of a pavement network. This is generally part of a larger asset management program that accounts for additional infrastructure such as bridges, signs, and streetlights. Its goal is to produce agency actions that are efficient from both a cost and traffic standpoint. Each pavement management system is unique to an agency, but they all typically consist of the same primary components. First, the PMS must include an inventory of pavements within the system.  Once an inventory is established, the condition and performance of those pavements must be monitored. This is the raw data that makes informed decision making possible for roadway owners. This data must then be interpreted and analyzed. This converts the inventory data into a metric that is ultimately used to make final decisions about agency actions.

Pavement management systems have existed since the 80’s, and are used by a majority of departments of transportation across the U.S. In 1991, the Intermodal Surface Transportation Efficiency Act created federal funding penalties to states without a formal decision making process in place. These penalties were eventually scaled back; however a PMS remained in many states. At present, each state has some form of pavement management system.

Road sensor mounted on the front of a truck

A PMS must include a system for obtaining information about the condition of pavements within the network. Condition data can include factors like roughness, specific distresses, rut depth, friction, and structural health. Roadways must be monitored regularly so that this information remains up to date. This can be done in a variety of ways. Specialized automated equipment is generally used for large networks, but assessments can also be made manually. Automated devices are typically vehicle mounted, and use cameras, lasers, or other methods to assess a roadway profile. Manual surveys can either be performed from a vehicle or on foot.

The information collected from pavement surveys must be cataloged. At minimum, a PMS should include information such as pavement location, geometry, pavement type, condition, and history of construction and rehabilitation. In addition, information about traffic levels is important for prioritizing projects. Pavement locations are often denoted by mileposts, and agencies have recently begun to use PMS in conjunction with geographic information systems. Roadways are commonly divided into equal length segments to make comparison easier.

Once measurements of road condition are available, they must be interpreted in such a way that allows the decision making process to occur. This might involve converting multiple physical parameters into a single index, allowing different roads to be directly compared against one another. Indices like this are also used as a threshold to determine when a road should become a candidate for maintenance or rehabilitation. Analysis also attempts to answer questions such as how long a road will last under a number of scenarios. This allows understanding of which roads should have priority when beginning the decision making process.

A crucial part of any PMS is the criteria by which decisions are made. Early PMS tended to use a “worst-first” approach where the most debilitated pavements had the highest priority for repair. While seemingly logical, this strategy isn’t the most economic way to deal with maintenance. Pavements have a small window in which rehabilitation will ideally be completed as the costs are minimal, but sufficient levels of use have been realized. Because of this, it is sometimes more economic to address these pavements when they are at this point than to focus on those that are well past it. As a result, agencies are now moving towards a life-cycle cost approach. This essentially means that the network is maintained in a satisfactory condition while minimizing total costs over its life.  This can be evaluated just for the owner, or for the owner and roadway users combined, to select the best course of action. Sophisticated modern criteria can also quantify and consider the environmental costs of different alternatives.

There are two general ways by which pavement networks are managed. A project approach indicates that an agency will identify specific projects that will be completed, and a network wide strategy is built out of these decisions. In a network approach, the entire network is analyzed to determine the most efficient way to distribute funds and make policy changes before individual projects are selected and planned. Note that any pavement management system will have to address both network and project level issues. The difference between methodologies lies in which level is decided first and therefore dictates the other.  Network level planning tends to address big picture system functionality and allows clearer definition of overall goals. However, project level systems can function effectively with a smaller amount of data. Finally, network level systems can also more directly consider actions outside the typical maintenance and rehabilitation realm, such as budget and regulation changes.

Pavement management systems allow agencies to effectively manage the four million miles of roads in the U.S. and wisely allocate taxpayer dollars. The tools available have evolved enormously, and software now exists that can catalogue road condition data, perform analysis, and make decisions on the basis of lowest life cycle cost. Look for the resources available to continue to improve and further streamline the ways we manage our transportation networks.