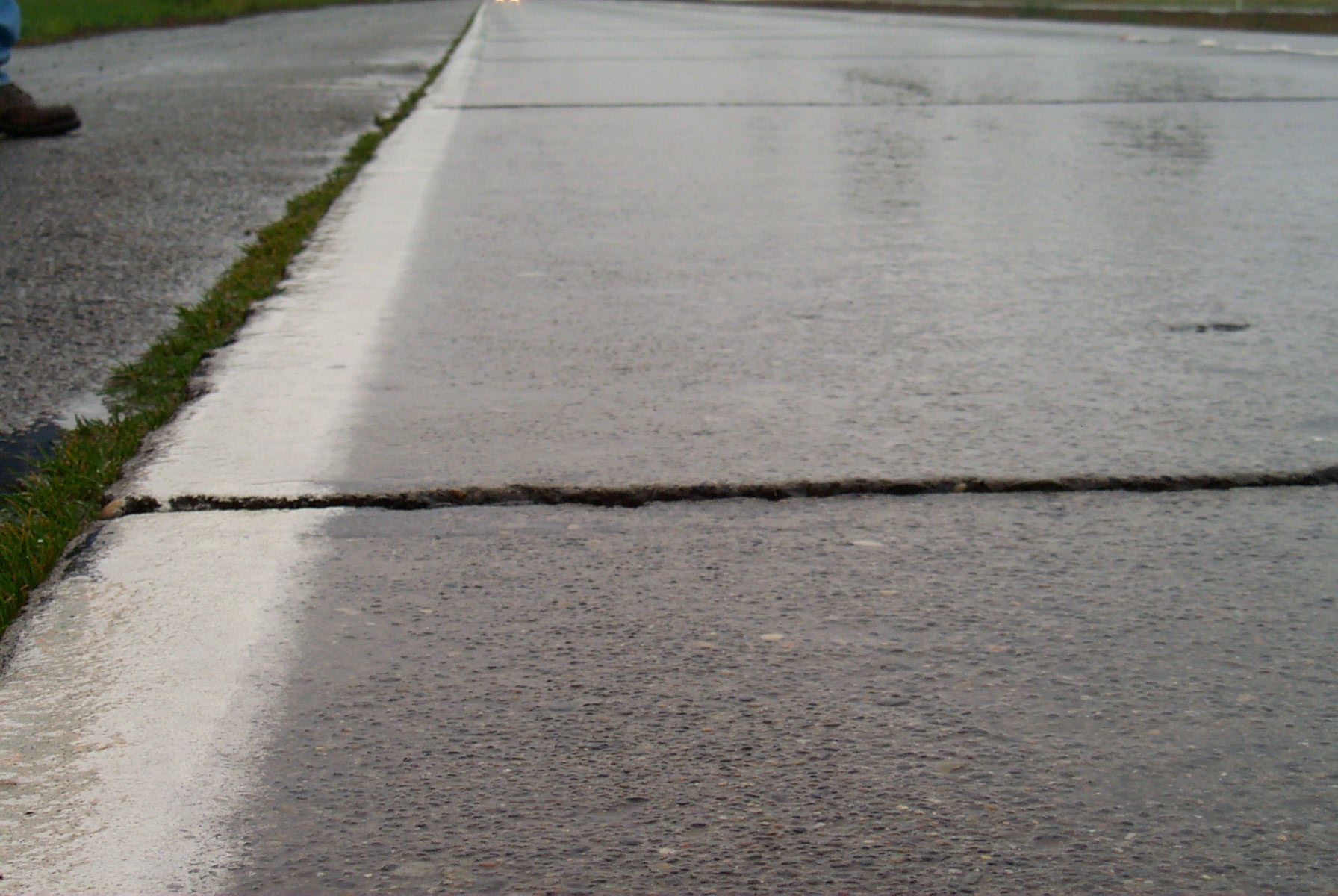 Winter is coming. For pavements in colder climates, that means having to deal with snow and ice. To keep people safe on the roads, it’s typical to try and clear snow and ice from pavement surfaces as quickly as possible. The methods for doing this, however, can have unintended consequences for the condition of the pavement in the long run. In this edition of the RoadReady newsletter, we’ll examine some of the implications of deicing treatments for portland cement concrete (PCC) and asphalt pavements.

Winter conditions can produce damage to pavements because of a variety of factors, including the impact of freeze/thaw cycles, application of deicing chemicals, and mechanical damage caused by snow removal equipment. The first key in preventing this is to have a well-constructed pavement to begin with. While the occasional nick from a snowplow may be unavoidable, proper structural design of the pavement layers will help them resist damage from freezing and thawing action, and good construction practices will keep unwanted material from entering the pavement structure. When spring comes and the snow is gone, there might be a few new distresses, but the goal is to minimize the damage as much as possible.

Agencies typically select one or more of the following materials for deicing:

Sodium chloride is cheap and readily available, so it is the most common deicing chemical agencies use, but alternative deicers may be selected due to their special properties. For example, calcium chloride releases heat when mixed into a brine, and magnesium chloride is more effective than sodium chloride at lower temperatures. Acetates are often used on airfield pavements where chlorides are excluded in order to prevent damage to aircraft.

Impact of Deicers on Pavements

Because of their chemical properties, deicer products may interact with the materials in a pavement and can lead to various distresses. In PCC pavements, scaling and spalling sometimes result if the chemicals combine with freeze/thaw action to break down the pavement surface. To prevent this, PCC pavements must be properly constructed with sufficient entrained air to deal with water expanding as it freezes, as well as sufficient curing of the concrete. Supplementary cementitious materials that reduce permeability can also be added to the concrete mix design. Asphalt pavements are vulnerable to stripping, particularly with acetate deicers, because they tend to break down the bonds between aggregate and asphalt binder.

Distresses due to these surface reactions may become apparent fairly quickly, but deicers can also have longer-term effects. In particular, application of magnesium-based deicers (both magnesium chloride and CMA) to concrete presents a concern because the magnesium can react with and replace chemical byproducts of the hydration process that gives concrete its strength. The impact of this chemical reaction is gradual and continues over time, but can lead to rapid deterioration if enough magnesium is present. These deicers should therefore be used in low concentrations. In general, deicing chemicals will cause less pavement distress if the amount and concentration used is the minimum necessary to be effective.

Deicing chemicals are also corrosive, which leads to a variety of concerns. For example, they accelerate rust damage to vehicles and they can contaminate the environment by mixing with water when the snow melts. With pavements specifically, the corrosive action is a significant concern for rebar in reinforced concrete and steel dowel bars installed at PCC pavement joints. To help prevent this, chemical inhibitors can be added to deicer products that mitigate the corrosive effect.

Some agencies also spread sand on roadways when it snows, either in combination with deicing chemicals or by itself to add some traction on packed snow that will not melt right away. Sand does not have the same potential as chemical deicers for causing deterioration of pavement materials, but it can damage pavement structures in other ways. While deicing chemicals mostly wash away when the snow melts, sand may stick around and get into places where it doesn’t belong.

Joint distresses in PCC pavements are an example of the problems sand application can cause. If a joint is not sealed, or any gaps in the sealant have developed, some of the sand will collect in the joint. This may cause the sealant to debond completely and lead to faulting at the joint.

For asphalt pavements, sand application is a particular concern on open-graded and porous pavements. These mix designs are intended to allow water to drain through the pavement surface, but sand particles will fill up and clog the spaces through which the water passes, thus destroying the drainage function. When the temperature is warm enough for snow to melt, permeable asphalt pavements will drain it away more quickly anyway, and sand treatment should be avoided.

Despite the impact they can have on pavement condition, deicing treatments and snow removal activities are often necessary to keep roads open and safe in the winter. From a pavement preservation perspective, the key is to carefully select what approach to use and apply only the amount needed. In many cases, pavement maintenance and snow removal are both the responsibility of the same agency, so we want to be sure that good work in one area isn’t undermined by mistakes in another. That way, we can keep the roads in good condition no matter what the season.